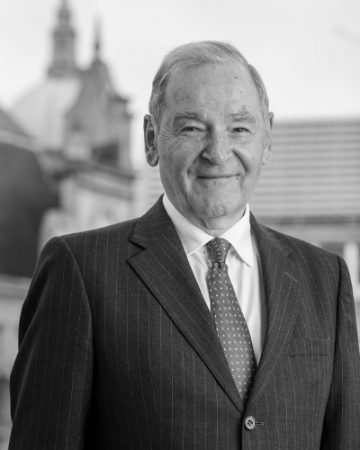 Clouds over the Middle East

Middle East capitals, shorn of regional cohesion, are struggling to cope with a number of different headwinds: the geopolitical distraction of the Ukraine war; changing fundamentals for oil and gas; deepening climate change worries; and slow progress in their own diversification. What are the implications?

Most Arab countries are hedging their bets in their relations with big powers. Trust in the US’s capacity to contribute to regional stability has sunk to a new low; and this has led to a greater willingness to keep lines of communication open to Moscow and Beijing. It is not that states have moved to replace the Americans by siding with the autocracies, more that perceptions of American and wider Western decline and thus of a more equal geopolitical arena have led capitals in the Middle East and beyond to reserve their options and turn transactional.

This growing habit of shopping around for advantage comes on top of trends that have been intensifying for some years in regional capitals: a preference for repression over persuasion; the lowering of respect for individual rights; and the shunning of collective approaches to problem-solving. Egypt, with the Sisi regime’s excessive focus on top-down control, exemplifies the approach all too visibly.

These instincts are felt in non-Arab capitals as well. Erdogan’s Turkey has kept lines open to Moscow despite its NATO obligations over Ukraine; Iran has downgraded its search for a JCPOA settlement because the hardliners in charge dislike the idea of a restored relationship with the West; and Israel, though different in political character from its neighbours, is similarly short-term in its strategic positioning and keen to pursue commercial opportunities within the region while the Abraham Accords momentum lasts.

Tensions in the Gulf predominate. The Sunni-Shia division has deteriorated badly in the new world of cultural identity, and Iran’s addiction to interference outside its borders persists. This situation exposes the Saudis in particular to some awkward choices. They need to maintain effective defence forces in the face of a potential Iranian threat, and yet their trust in their main defence supplier, the US, is fading. The incentive to deepen their links with Russia and China as counterweights is strong, but these two cannot be relied upon as security allies. Riyadh colluded with Moscow over OPEC+ production cuts in October, but then the Saudis tried to balance that by contributing $400 million to aid Ukraine. With Salman still King, they are resisting a closer relationship with Israel through the Abraham Accords while Palestine remains inflamed, but they value Israel’s presence in the anti-Iranian club. The oil price helps them in the short term, but risks creating demand destruction.

Then there is Yemen. MbS’s reputation is closely caught up in this civil war and he cannot contemplate a settlement that looks like a retreat. Yet his former principal ally, the UAE, pursues different interests on the ground, Iran continues to poison the atmosphere with support for the Houthis, and the government in Sana’a cannot stand on its own feet. MbS’s pursuit of ‘victory’ in Yemen has alarmed his GCC partners and symbolised his determination to carve his own path without calculating the effect on his neighbours. The gradual, but increasingly noticeable, differences with MbZ of the UAE reflect the difficulties which GCC members are having in forging a collective approach without the US there to chivvy them. The priority for every leader remains security at home and personal power projection, not the solving of shared problems.

All this forms a disheartening background to the search for progress on Palestine. Arab governments have failed to allocate any priority to it in recent years. Now a growing dysfunctionality in both Israeli and Palestinian internal politics is increasing the risks of an intensifying wave of violence. The Saudis appear to be assessing how to refresh the Arab Peace Initiative, but it is unclear what new substance they can bring to a process that has lain stagnant for two decades. Popular discontent in the West Bank is aimed as much at the moribund leadership of the Palestinian Authority as at Israel, but the threat of an outbreak of real violence in and over Jerusalem, as Jewish Israelis seek to encroach on the holy sites, carries the greatest risk of an explosion. The Americans are noticeably absent from any suggestion of a diplomatic initiative. This reflects a complacency amounting to real irresponsibility, which looks set to be exposed before long.

High oil prices may be obscuring the absence of strategic depth in the region, but hard choices are coming. The UAE, for one, is thinking hard about the future, especially diversification beyond hydrocarbons; and Saudi Arabia has started massive infrastructural development. But even they remain behind the curve of change, with the rest strung out behind them – particularly in the nurturing of human capital for the coming shifts in technology and social behaviour.

In other words, the Middle East looks like losing its energy-infused global significance as the decades pass. Long-term investors must assess this probability. In the meantime, those states with reserves to invest can still be attractive partners.  And they will require, and pay for, defence and security materials. But the era of regional relevance at the global level may be coming to an end.

In many territories good geopolitical advice has been impossible to find; Gatehouse always provides a cast of minds on how to consider a problem and uncover solutions.